In April 1778, an American ship, the Ranger, captained by Scotsman John Paul Jones, defeated the Royal Navy vessel HMS Drake in a battle at the mouth of Belfast Lough. The victory for the Americans was of immense symbolic importance and Jones became the first hero of the US Navy. The story of the battle is told in Carrickfergus, beside the castle, while Lisburn Cathedral has a superb monument to a young British officer killed in the battle.

The most successful captain in the Continental Navy was from County Donegal – Gustavus Conyngham from near Letterkenny. A man of considerable courage, Conyngham captured 24 ships in one 12-month period alone. His biographer wrote of him, ‘It was this same spirit which pervaded Conyngham that made American independence possible.’ Three twentieth-century US Navy vessels were named in his honour. 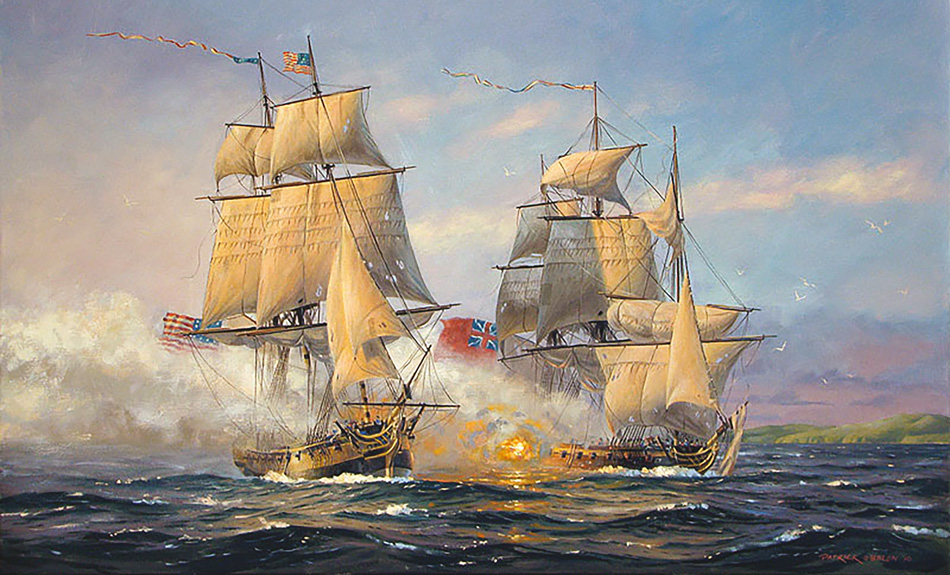 The sea battle of the Ranger and HMS Drake near Belfast Lough, April 1778