Between 1841 and 1846 all of New Zealand’s North Island north of the Patea River was referred to as New Ulster. Today, 450,000 New Zealanders claim Irish descent – and almost half of these are of Ulster stock.

“Left Ballymena 20 minutes past one. Arrived at Larne, crossed to Stranraer. Sea very calm; all sick except Papa and Tom who had fine work attending on us… Our heart all failing us at the thought of 3 months…”

From the diary of Minnie Williams of Ballymena, 1881. She and her family were Third Class passengers. Her diary is in the Alexander Turnbull Library, Wellington.

The Zealandia sailed on 28 June 1881 and arrived in New Zealand exactly three months later at the end of September 1881. 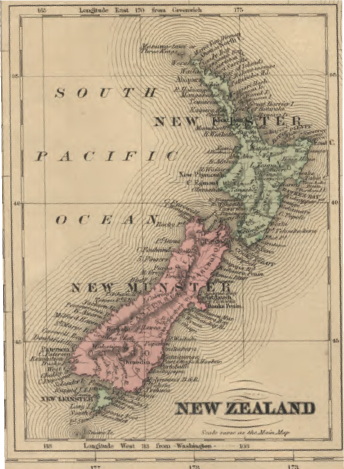 Britain declared sovereignty over New Zealand in 1840, and this signalled the start of significant emigration from the British Isles. Irish emigration was dominated by settlers from Ulster and Munster.

In 1875 George Vesey Stewart founded the remarkable Ulster settlement of Katikati. Between 1877 and 1885 Stewart published eight pamphlets advertising his special settlements, and he is credited with bringing around 4,000 Ulster emigrants to New Zealand. Today Katikati is famous for its many murals, which attract many visitors and helped the town to win the distinction of being New Zealand’s ‘Most Beautiful Small Town’ in 2005.

James Dilworth from Donaghmore emigrated to New Zealand in 1839. He became a successful banker and bequeathed much of his estate to be used in the establishment of a school which would educate boys who were socially disadvantaged. Today, Dilworth School in Auckland is one of New Zealand’s leading boarding schools and enjoys an outstanding reputation. 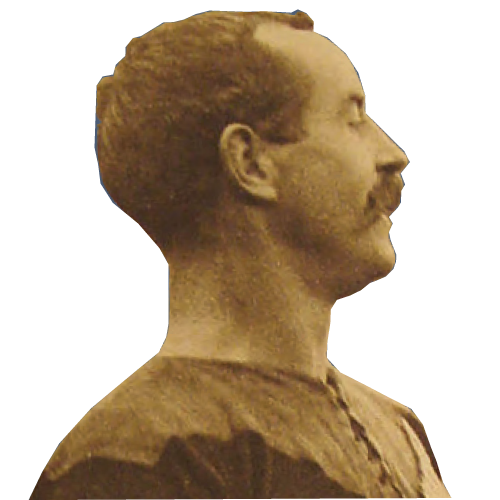 Dave Gallaher was born in Ramelton, Co. Donegal and would go on to become captain of the original ‘All Blacks’ rugby team in 1903–06. He served with the New Zealand forces in the Boer War and in the Great War, where he was killed at the Third Battle of Ypres in 1917.

Dave Gallaher was born in Ramelton, Co. Donegal and would go on to become captain of the original ‘All Blacks’ rugby team in 1903–06. 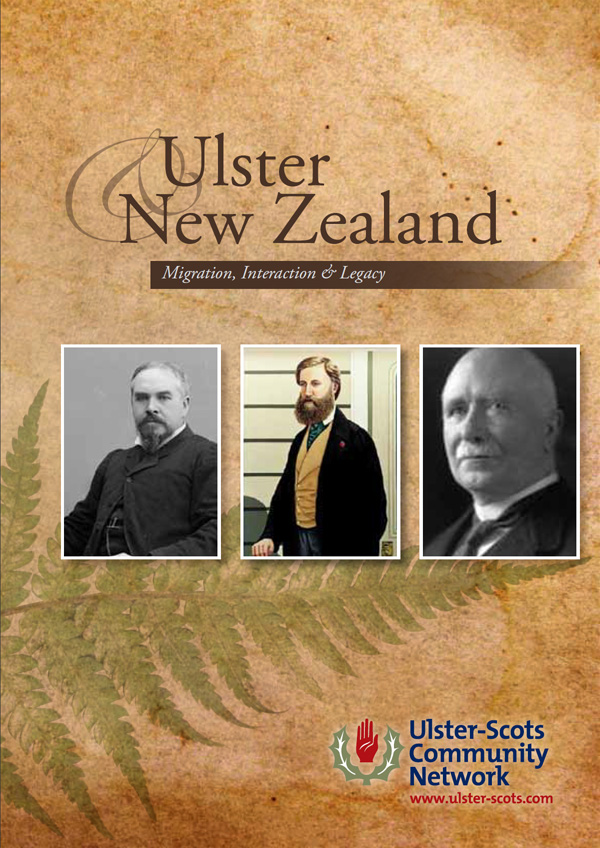