Rex McCandless was born on 21st May 1915 on his father’s farm at Culcavy, Hillsborough.

During the great Depression of the 1930s, his family moved to Belfast and eventually Rex and his brother Cromie set up the excavator and heavy repair business. Their business associate was the Irish Road Racer, Artie Bell. Both brothers had always been motor cycle enthusiasts, and Rex owned several machines. The Second World War intervened and it was not until peace was declared that the motor cycle sport was revitalised and became very much part of Rex and Cromie’s lives.

By 1949, Rex, who always thought that the pre-war machines with their hard frames and suspension that broke easily were difficult to handle over the rough Irish roads, had invented and developed a frame which set new standards in steering and road-holding. It was this creation that changed the face of motor cycle racing for the next 25 years, and the first time the bike appeared in 1950, it won the Isle of Man TT. The ‘Featherbed’ name came from a remark made by a Norton works rider, who said that the new bike was so comfortable that it would be possible to go to sleep on it.

Not only did Rex McCandless invent and create, he also raced and won several road races including hill climb championships with his car, whilst his brother Cromie, with the legendary Geoff Duke and Artie Bell, became household names, and every motorcycle frame made since 1950 had to measure up to the Norton Featherbed which was used by Norton during the 1950/1960s. It was not until much later in the world of motor cycle racing that new superbikes with higher speeds were created to the standard that we watch and so enjoy today.

Northern Ireland is proud of its world class motorcycle racing and its world famous riders. However, it was a man from Northern Ireland, some 70 years ago, who set the prototype and the ‘Featherbed’ Norton became a household name. Rex’s talents did not stop at the motorcycle; he was also a developer of the gyroplane and had workshops at Crumlin and Newtownards. His talents were endless, and his achievements have been largely forgotten in the world of modern technology.  His creativity and inventiveness play an important part of our history, with motorcycles, four wheel drive racing cars, brick making and gyroplanes.

Rex died in 1992 and is buried in his beloved village of Killough, Co. Down.

The Ulster-Scots Agency supported the Ulster History Circle in unveiling a commemorative plaque in honour of Rex McCandless, engineer, inventor and Ulster-Scot. 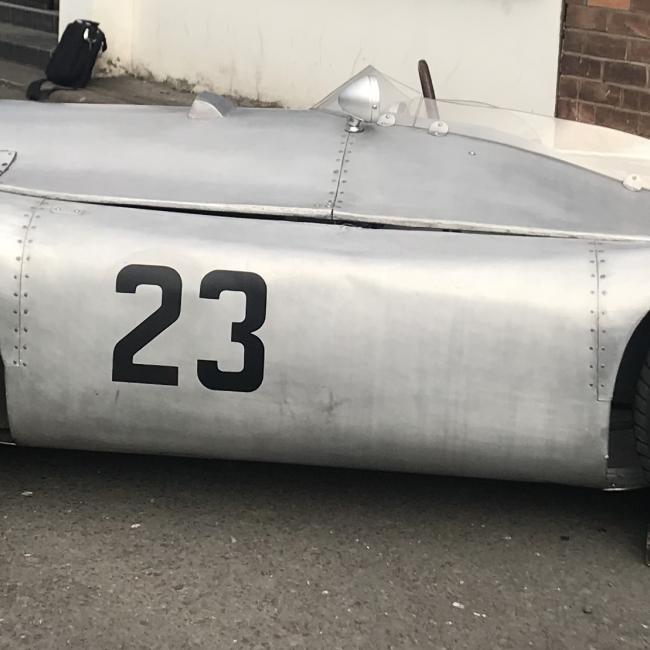 https://discoverulsterscots.com/sites/default/files/2021-03/the%20mccandless%20MkII_0.jpg The McCandless MkII 2949 1109 <p>Not only did Rex McCandless invent and create, he also raced and won several road races including hill climb championships with his car.</p> 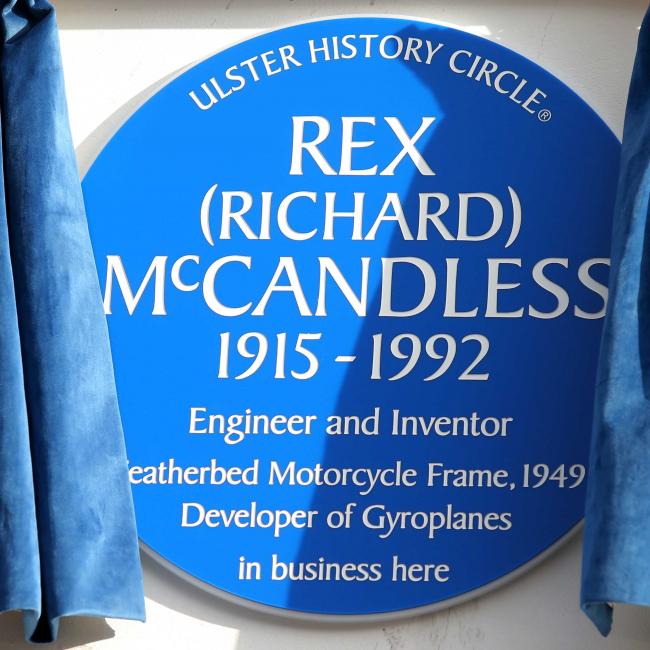 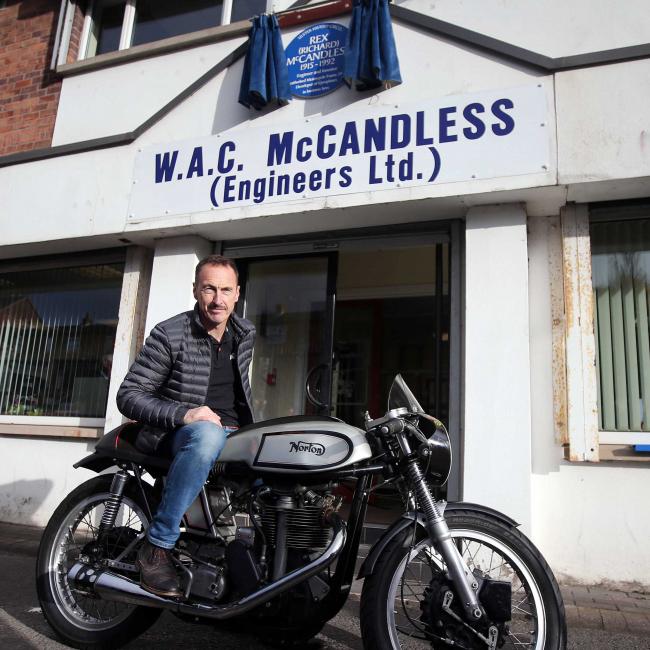