On 19 September 1893, a statue of Robert Burns by renowned Scottish sculptor George Anderson Lawson was presented to Belfast Central Library. A special commemorative booklet entitled A Tribute to the Memory of Burns was printed.

The statue was organised by James Dewar, the secretary of the Belfast Benevolent Society of St Andrew and Vice-President of the Belfast Scottish Association. It bore the inscription:

It was a replica of the statue which had been installed in Ayr in 1891, and which can still be seen there. The Belfast statue is now on display in the Linen Hall Library. 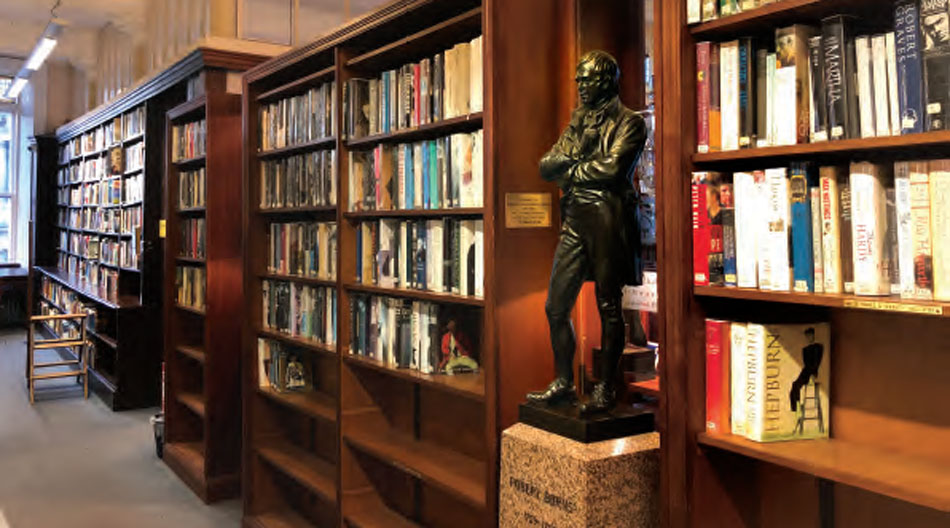 The Lawson statue is currently displayed in the Linen Hall Library, on loan from National Museums Northern Ireland.