A birds eye view of the Transatlantic settlements

The cartography (map making) of the late 1500s and early 1600s shows a similar style in the maps of Ulster and Virginia. Click on the thumbnails below to view the maps in more detail. (These are copyright free.) 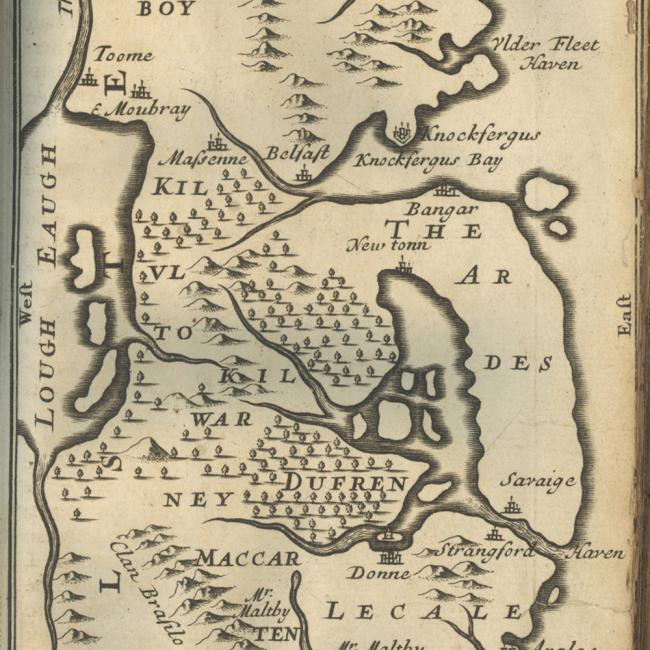 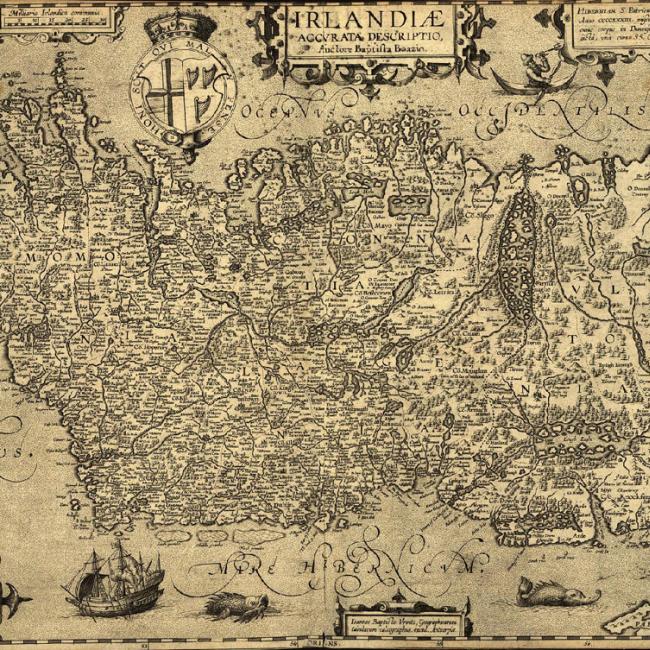 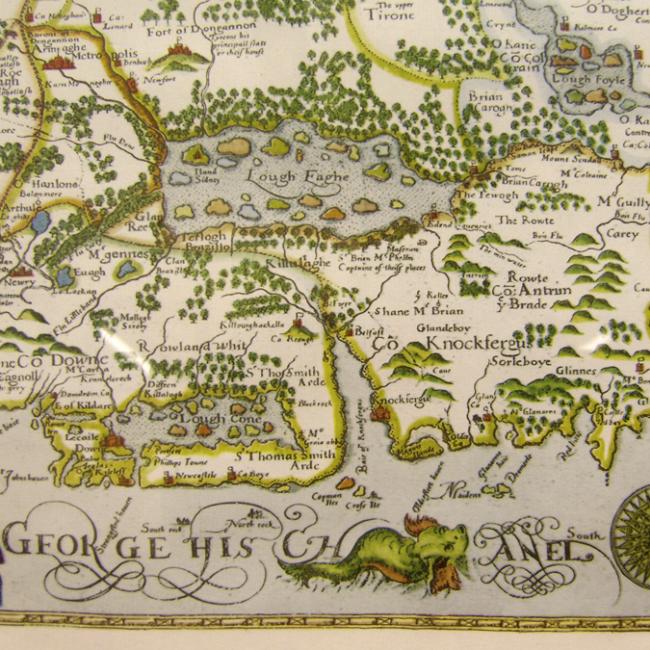 https://discoverulsterscots.com/sites/default/files/2021-02/map3BoazioEUlsterLrg.jpg Map 3 – Detail of East Ulster by Baptista Boazio, circa 1599 1000 675 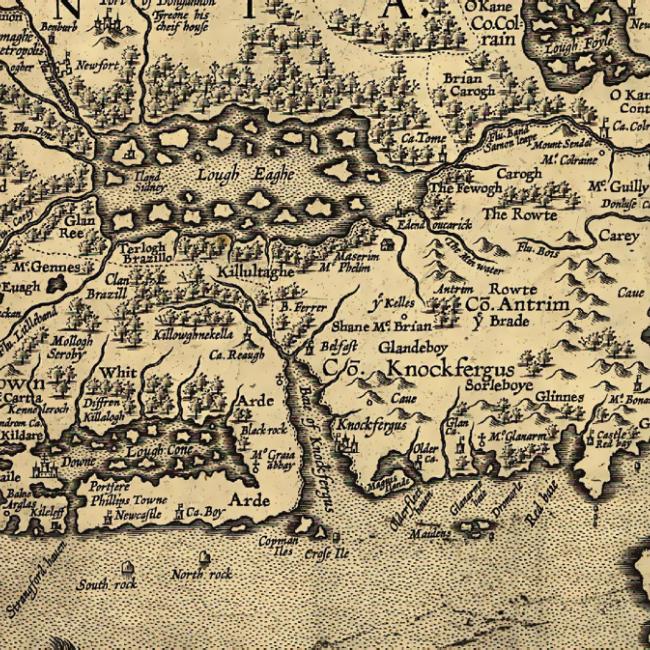 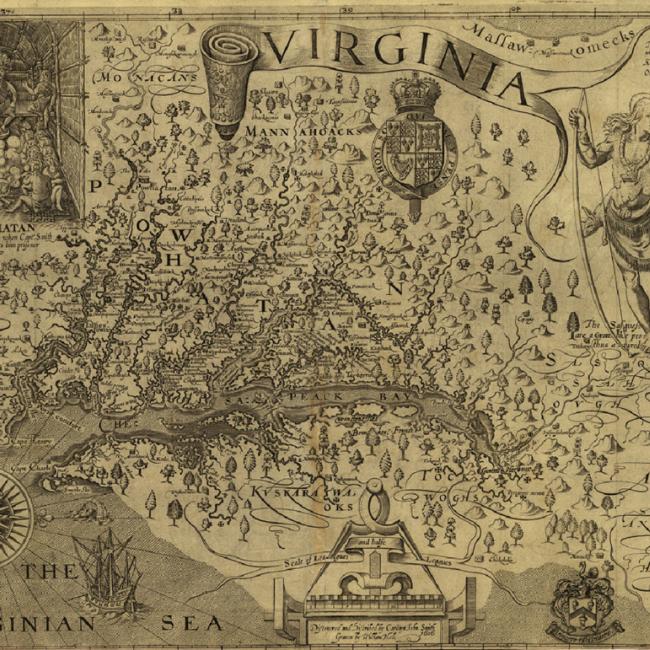 Descriptions of Ulster and Virginia:

Ulster and Virginia were both described in poetic, almost paradise-like terms, no doubt to help attract new pioneering settlers from England and Scotland. In 1596, Edmund Spenser poetically described Ulster as follows:

"... and sure it is yet a most beautiful and sweet country as any is under Heaven, being stored throughout with many good rivers, replenished with all sorts of fish most abundantly, sprinkled with many very sweet islands and goodly lakes, like little inland seas, that will carry even ships upon their waters, adorned with goodly woods even fit for building of houses and ships, so commodiously, as that if some princes in this world had them, they would soon hope to be lords of all the seas, and ere long of all the world; also full of very good ports and havens opening upon England, as inviting us to come unto them, to see what excellent commodities that country can afford, besides the soil itself most fertile, fit to yield all kinds of fruit that shall be committed thereunto. And, lastly, the Heavens most mild and temperate, though somewhat more moist than the parts toward the West..."

"... Within is a country that may have the prerogative over the most pleasant places of Europe, Asia, Africa, or America. for large and pleasant navigable rivers: heaven and earth never agreed better to frame a place for means of habitation being of our constitutions, were it fully manured and inhabited by industrious people. Here are mountaines, hils, plaine, valleyes, rivers, and brookes all running most pleasantly into a faire Bay compassed but for the mouth with fruitfull and delightsome land. In the Bay and rivers are many Isles both great and small, some woody, some plaine, most of them low and not inhabited… The country is not mountanous nor yet low but such pleasant plaine hils and fertle valleyes, one prettily crossing an other, and watered so conveniently with their sweete brookes and christall springs, as if art it selfe had devised them..."

from "The Description of Virginia by Captaine Smith", 1612