It was said that the newly arrived Ulster-Scots women ‘had the art of spinning fine linen to far greater perfection than their English neighbours’, and their foot-propelled spinning wheels caused a sensation. The thread they made was of such high quality that ‘it was then extensively used in making elegant and substantial articles – in manufacturing beautiful calico and muslin dresses ... it occupied the place of silk’.

In summer 1719 some of these Ulster women gave a public demonstration of flax spinning on Boston Common, at which prizes were offered. A town committee was formed which decided to build a spinning school, to train 300 women to spin in the same way.

Mary Miller emigrated from Londonderry, Ulster, with her husband Samuel around 1720. They settled at Londonderry, New Hampshire, where it is said she ‘paid for 400 acres of land in fine linen, made entirely (except getting out the flax) by her own hands’.

Rachel Caldwell – Heroine of the Revolution

Born in Pennsylvania, Rachel Caldwell was the daughter of Donegal-born Rev. Alexander Craighead. In 1766, Rachel married Rev. David Caldwell, a Presbyterian minister in North Carolina, who was also of Donegal ancestry.

A woman of strong character and conviction, she was a major influence in the successful school run by her husband. At different times Rachel showed considerable courage during the War of Independence and she has been called ‘one of the heroic women of the American Revolution’. 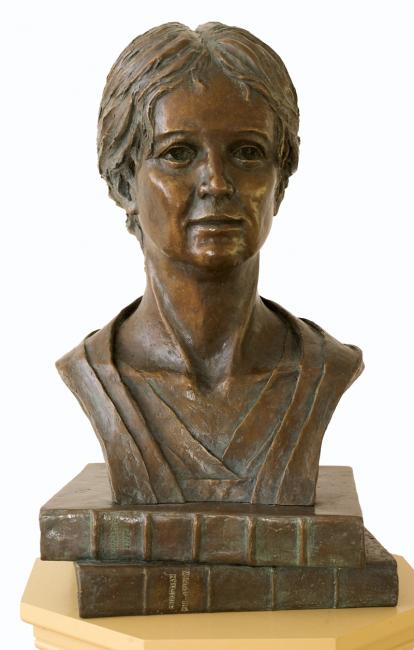