The Wheen o Wurds resource is intended to help people understand that no matter where we come from or what community we belong to, everyone in Ulster has a wee bit of Ulster-Scots and that is something that we should all be proud of.

Developed and published by the Ulster-Scots Community Network, this storybook in Ulster-Scots features ‘Fergie’, a little tractor. The original Ferguson tractor was designed by Ulster-Scots innovator Harry Ferguson. It was produced from 1946–1956 and included Ferguson’s ‘three-point linkage’ system. This was originally designed to connect a plough to the tractor. It  was adopted by virtually all tractor manufacturers and is still in use today. 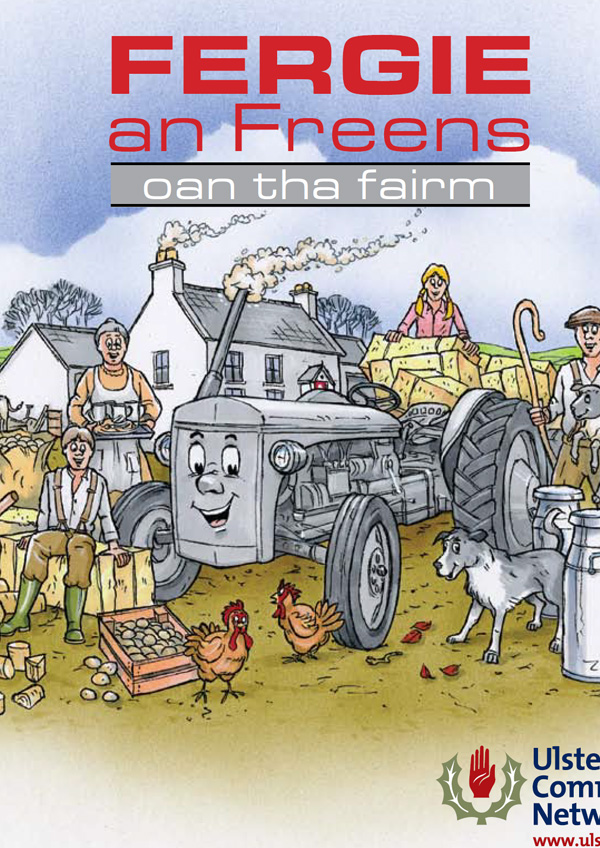 The text of this book has been written in the Ulster-Scots language of rural mid-Antrim.