Scottish Highland Dancing is a very old form of dance and originally would have been performed by men as a test of their strength and agility and to demonstrate their skill. Today, Highland dance is for everyone. There are several types of Highland dances:

This dance is said to have been inspired by the movements of the stag, with the dancer's upraised arms and hands representing the stag’s antlers. Originally, men would have danced on a small shield called a targe, so this is why the dance is traditionally performed on one spot.

This is pronounced "shawn trews" and is from the Gaelic for "old trousers". This dance is said to date from the rebellion of the Dress Act of 1746 which banned the wearing of male Highland clothes, including the kilt. This act was abolished and the Scots celebrated by developing Seann Triubhas. The dance starts with a series of graceful moves, demonstrating the restrictions from wearing trousers. The second half of the dance movements demonstrate the removal of the trousers, shaking legs defiantly and returning to the kilt.

This is also known as the Ghillie Callum. Tradition says that Ghillie Callum defeated a rival clan chief and afterwards he took his sword and crossed it with the sword of the defeated chieftain and danced around them in order to celebrate his victory in battle. The sword dance became a tradition among the Highland warriors. Clansmen would cross their swords and dance around them. It was believed that if they could complete the dance without touching the swords, it was a good sign. However, if they touched the swords, it was a sign of defeat.

Over the centuries, many Scots have settled in Ulster. The two coasts are only 13 miles apart, so there has been a steady movement of people back and forth bringing Scottish dance, music, language and culture to Ulster. Today, there are strong numbers of Ulster-Scots people learning Highland dancing in classes across Ulster, and a growing number of very skilled Highland dancers travel around the world to perform in international Tattoos and festivals.

The Ulster-Scots Agency supports large numbers of schools and community groups to deliver Highland dance tuition. Please contact us if you would like to learn Highland dancing, as we would be delighted to signpost you to your nearest tuition programme. 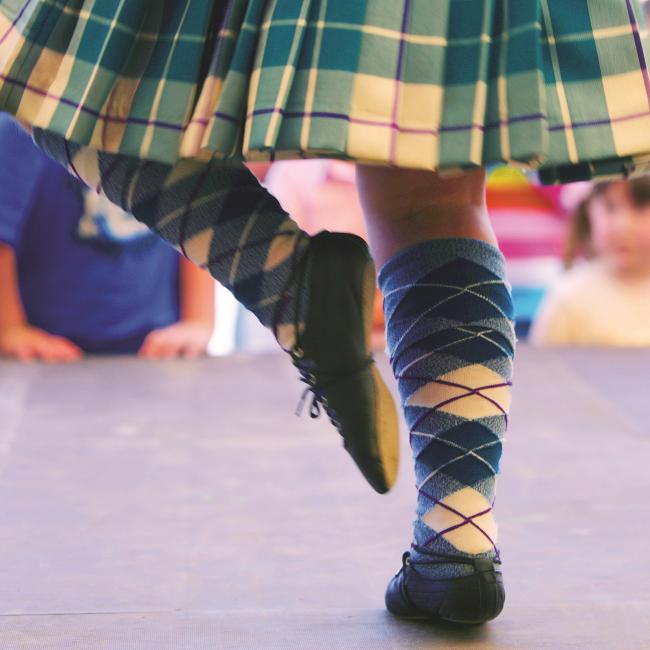