Danders Aroon – Walk with the Ulster-Scots

Tired of walking the same trails? Join Graham Little as he explores five short trails along the coast of Northern Ireland and unlocks their connection to the Ulster-Scots. Through a series of short videos Graham encourages us to explore these hidden gems for ourselves and additional bonus videos help bring the trails to life!

Each walk is inspired by their links to the early Ulster-Scots arrival in Northern Ireland. From tales of smugglers on the Antrim coast and traditional Ulster-Scots poetry to insights into the history of the people who first settled on these shores there is something for everyone … you might even learn a new word or two!

Located in the town of Newtownards at the top of Strangford Lough in County Down, the Floodgate walk is ideal for families or those with limited mobility looking to connect with the Ulster-Scots. The area has links to Lord Londonderry and one of the most remarkable Ulster-Scot families the Stewarts whose family home now managed by the National Trust can be found around the peninsula. We highly recommend exploring this trail at high tide to make the most of the coastal views.

The additional video tells us the story of ‘Macananty, the Fairy Prince of Scrabo Hill’ through a poem. “Come the wee folk for their dances, fae the land of fairy, Macananty, Macananty”. 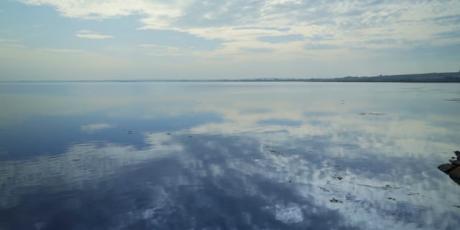 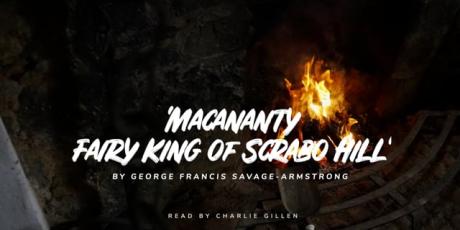 This 3-mile relatively flat linear coastal walk begins at Bangor’s Ballyholme Beach and winds its way along rugged coast to Groomsport. Both settlements were developed by Sir James Hamilton and his Scottish tenants in the early 1600s, so the area has strong Ulster-Scots connections.

The additional video recites a beautiful old poem by Florence Wilson, ‘The man fae god knows where’. We’re sure the people of Bangor will agree with this line “in our townland´ we’re a decent folk”. 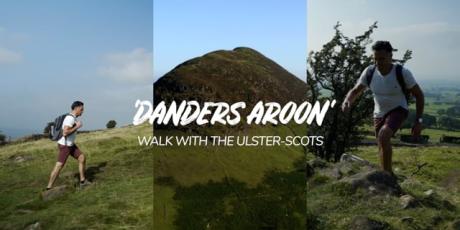 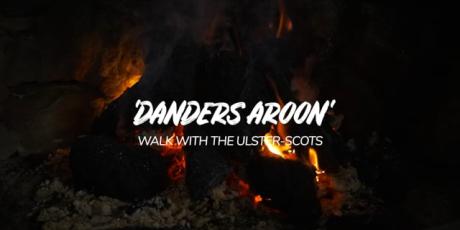 A relatively flat 2.5 mile circular route starting at the Ulster Scots Alphabet Angel statue in Bushmills. Following a short section of the Old Causeway Tram Route to the River Bush the trail loops back alongside the beautiful Bushfoot Strand. Walkers have the option to extend their walk by walking on the beach.

The additional video shows a reading by Charlie Gillen, of a beautiful Ulster-Scots poem, ‘River Reverie’, which has notes about the River Bush in Bushmills as its ‘ever longing for the ocean’. 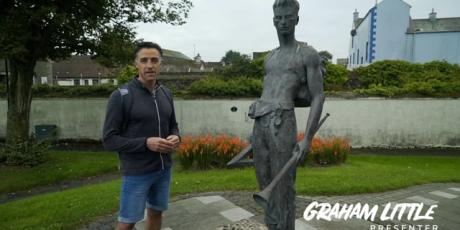 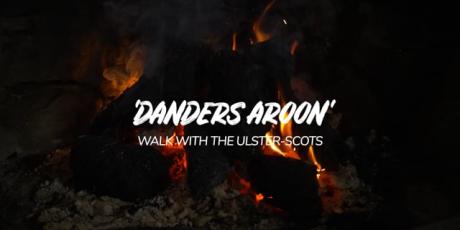 The 1.25 Strangford trail is one of many fantastic trails you can enjoy in this country park. We recommend taking a quick detour from the path and check out the Strangford Stone a 12-metre monolith hauled into place in 1999 by 1,000 young people to mark the Millennium. From this viewpoint ‘over thonder’ you will be treated to spectacular views of Strangford Lough, Saint Patrick on the hill and towering above it all on a good day the mighty Mourne Mountains. Sir James Hamilton, one of the founding fathers of the Ulster-Scots, established his family home nearby. We recommend taking some time to watch the ‘Crit the Cran’ from the bird hide above Heron Island where these majestic birds nest every winter and listening to Mark Thompson's reading of ‘Heron' by J K Annand, an Ulster-Scots poem from the Ballads of County Down before continuing your walk. 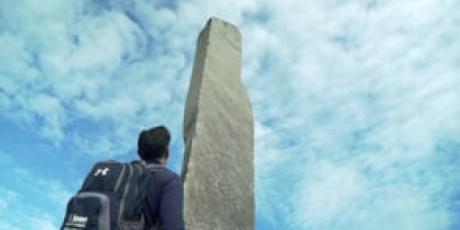 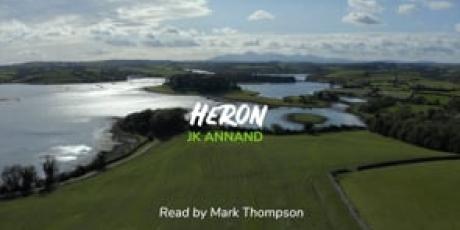 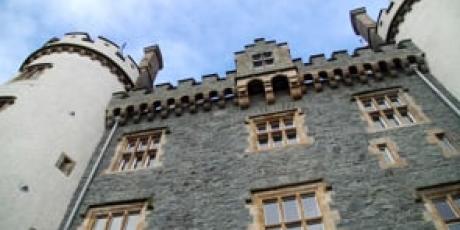 The town of Donaghedee at the top of the Ards Peninsula is one of the most important settlements in Ulster-Scots history. This mostly flat 2.5/3 mile walk on a public path explores the harbour where many Scottish settlers landed in the early 17th century and takes in other important historic sites. From the coastal path keep your eyes peeled for the various birds including ‘mussel pickers‘ and ‘wully dookers‘ who can often be spotted diving into the water in search of fish. 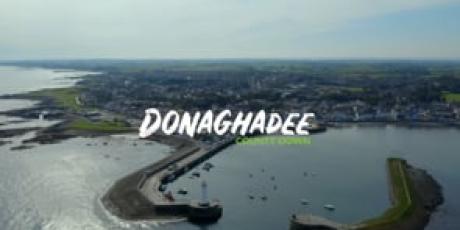 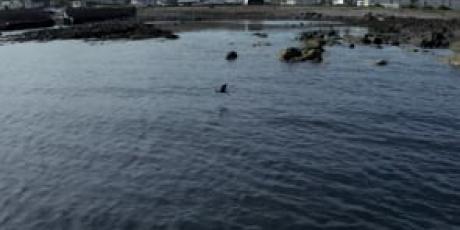 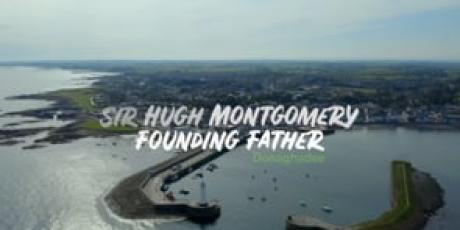 ‘Take a danner along the pad and rodden’ of the Causeway Coast in Co. Antrim and discover the ‘Kingdom of Dalriada’ and its strong Scottish links. Back in ancient times legend tells us that the Scots are originally from Antrim and travelled across from Dunseverick to Dunadd in Argyle. This is one of the best known of the settlements on both sides of the Channel. ‘Over thonder’ you will be able to see Rathlin Island and on a good day you can see the coast of Scotland. The walk to Dunseverick can be extended, depending on how adventurous you are feeling. We recommend checking the tide times before heading off on this walk as some sections can be difficult to pass during high tide. 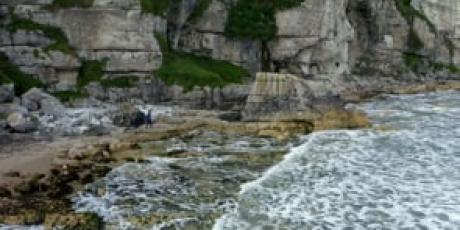 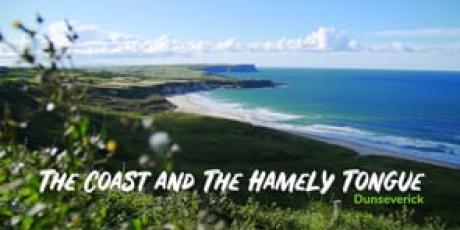 The Coast and The Hamely Tongue (Dunseverick) 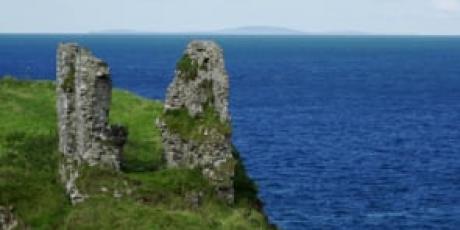 A hidden gem in Belfast, this linear 3-mile route begins at the entrance to Cregagh Glen and has strong cultural connections to the Ulster-Scots. Suitable for those with a moderate level of fitness, the trail follows the river up through the wooded glen via a series of steps, before reaching quiet farm tracks and Lisnabreeny Rath where you will be rewarded with spectacular views over the city.

The additional video features another Ulster-Scots poem ‘Blind’ by Nesca Robb where she speaks to the wee bony thrush – the wee brown bird asking them “do the birds come after the winter yet, and the rainbow after the rain?”. 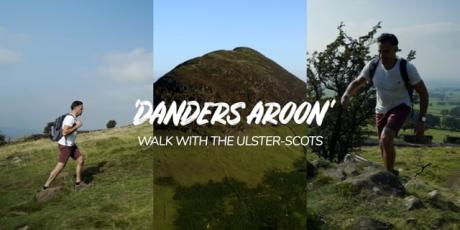 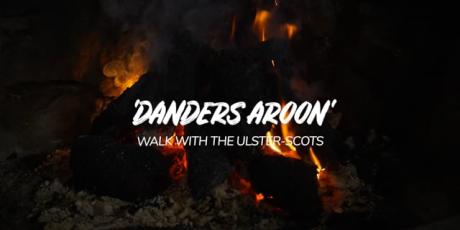 Another hidden gem of the Antrim coastline is Islandmagee. This two-mile walk has significant highland and lowland Scottish connections. The trail passes Muck Island, a wildlife sanctuary connected to the mainland via a natural causeway (the only one of its kind in Northern Ireland). Early inhabitants of Islandmagee are believed to have named the island after its resemblance to a sleeping pig ‘muck’ in Irish. In Scots Gaelic a ‘Porpoise’ was called a sea pig and lots of porpoises and dolphins can be found around these bays. Lots of smuggling is believed to have taken place in this area, look out for the smugglers caves as you walk along this boulder strewn coastal path. 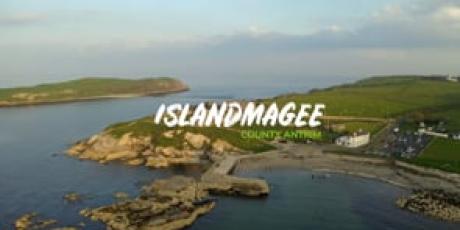 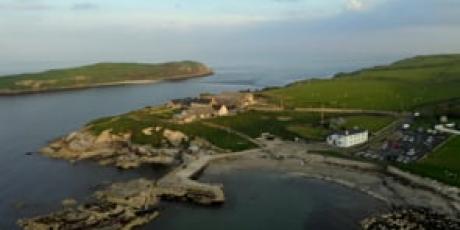 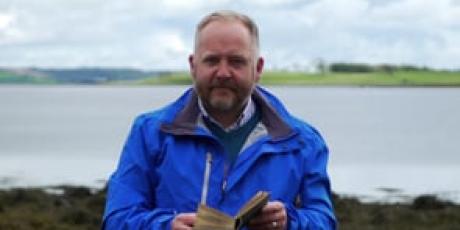 'The Banks of Larne'

Follow the trail of Ulster-Scot Industrialists along this 3.5 mile section of trail following the path of the 'Lagan Waters' known better today as the River Lagan. The walk takes you across a series of bridges and into Clement Wilson Park named after Scotsman Robert Clement Wilson. The path through this part was built over an old mill race that took water to Wilson’s factory. We recommend taking time to sit by the riverbank and listen to one of the additional videos where Mark Thompson recites ‘The Weavin', a poem written in the Ulster-Scots language by Agnes Kerr. 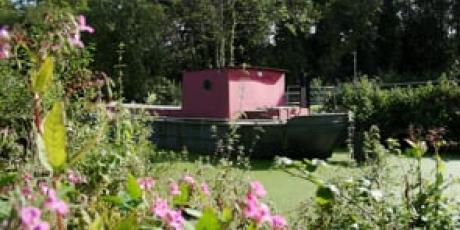 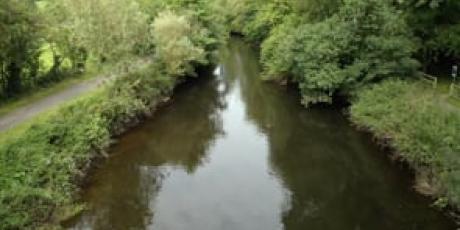 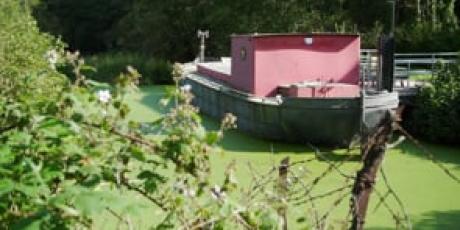 The challenging climb ideal for seasoned walkers up the steep slopes of Slemish offers spectacular 360 degree views over much of County Antrim. A volcanic plug, the mountain and the surrounding countryside have been the source of inspiration for many Ulster-Scots writers for centuries… so perhaps pack a notebook in your bag for the journey.

The additional video recites another Ulster-Scots poem, with the reading set in Arthur Cottage, Culleybackey. Sit back and enjoy as you listen to ‘The Wanderer’. “The blast that bray’d on Slimiss tap. Wad hardly let a haet be heard.” 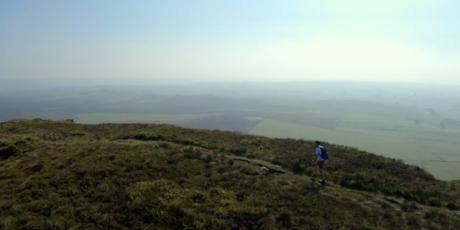 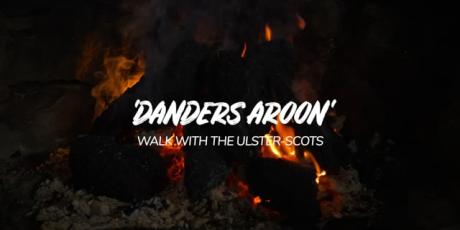